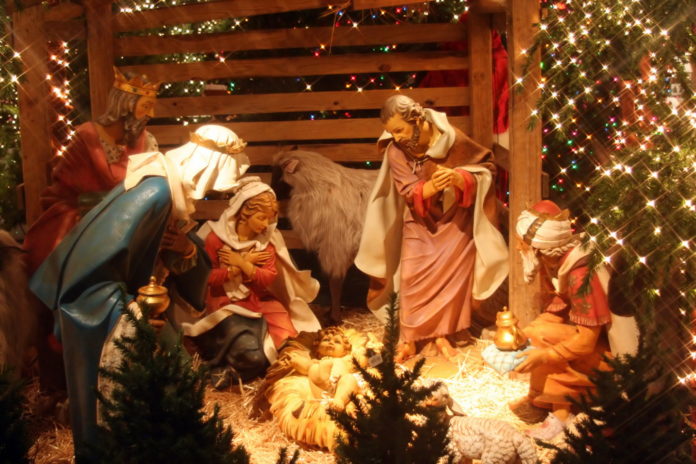 The first who meet the Christmas are the Christians who live by Gregorian and New Caledian calendar.

It is celebrated on December 25 in many countries of the world in honor of the birth of the Son of God, who redeemed the sins of people by his death. Christmas is considered to be one of the most important holidays of Christians. In addition, it is an official national holiday and a day off in more than 100 countries around the world. Mainly, on this day, Christmas is mostly celebrated by Catholics. Also it is popular on this day by some Orthodox, Protestants and Lutherans. The feast takes place on the longest night of the year, when, according to the beliefs of Christians of the western rite, Jesus Christ was born in Whitley. In Western Ukraine, Christmas is often known as “Catholic” or “Polish” Christmas. It is celebrated by Orthodox Christians (eastern rite) too, but on January 7, 13 days later.

The celebration of Catholic Christmas occurs not only in one day: there are also five-day pre-sanctification and six days afterfeast. Christmas worship is carried out for three times: at midnight, with the sunrise and in the afternoon.

The main adornment of the holiday – is a decorated spruce or fir tree, which believers put in their homes. The tree is usually adorned with colored balls, Christmas decorations, candies and juicy fruit. As well, there is a legend about the gifts from the Magi for Little Jesus. Afterwards it had initiated the tradition of exchanging presents for Christmas. The believers belong to this holiday quiveringly and try to decorate their homes as most beautyful as it is possible, so devote to it much time. Because, every Christmas detail has its own meaning. Besides, such persistence in the preparation for this feast symbolizes faith and worship of Christ.

On this day there are three worship:
• The first means the unity of the Father and the Son and occurs at midnight.
• The second is spent at the time of appearance of a new life from the mother’s womb and it is in the morning.
• The third liturgy symbolizes the birth of Jesus Christ in the hearts of all believers. This worship is passing during the day.

No other holiday is able to unite such people as Christmas. From the ancient times this special day, filled with warmth and love, is met in a circle of loved ones and close friends. For all Christians in the world, this day is one of the main holidays in the year. The only thing that the dates of celebration for Orthodox Christians and Catholics are different. Christmas traditions are passed from generation to generation and carry the whole meaning of a comprehensive love for Christ.

Christmas wreath is an evergreen attribute with four candles which light up gradually to illuminate the path to the God.
Good candles – the light of the flame can overcome the evil spirits and create a unique atmosphere in the house.
Christmas bell – its bell congratulates the appearance of the world of Christ and helps to disperse evil spirits.
Greeting cards – with the emergence of mail, have born an opportunity to congratulate relatives and friends who on this day can not share the joy at a common holiday table. Computer technologies made relevant electronic greetings and leaflets in honor of the holiday.
Gifts – according to legends, the giver of long-awaited gifts on Catholic Christmas can be Jesus Christ, Saint Nicholas, charming gnomes and Santa Claus with his reindeer harness.
Christmas banquet – all relatives come together for a common festive table and eat. Also in this day ends a strict fast,so believers with a special taste can appreciate the prepared dishes.

As for festive dishes, every nation has its own traditional ones:

The main dish in America is a turkey with cranberry sauce.
In Denmark, usually cook a goose or duck with apples, rice pudding and sweet porridge from rice with the addition of raisins and cinnamon.
In Austria and Hungary, Poultry is not cooked. People from this country believe that luck and happiness can fly away.
In Lithuania, on the eve of the holiday cook kutya, fish dishes and other low-fat meals.
In Scandinavia, on the eve of the holiday cut the pigs, make meat and cook malted beverage.

We sincerely congratulate you with Christmas and wish a peace to all!