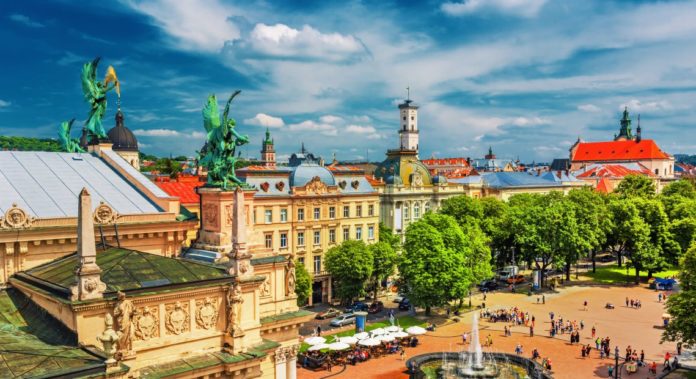 For many years Lviv has kept the strong position as one of the most tourist-visited cities in Ukraine. It’s not hard to see why the City of Lions attracts Ukrainians and guests from abroad — exquisite architecture, delicious Galician cuisine and unforgettable unique vibe are merely three of many more factors. Destinations has made a useful guide on things to do in Lviv to have the best traveling experience of 2018. 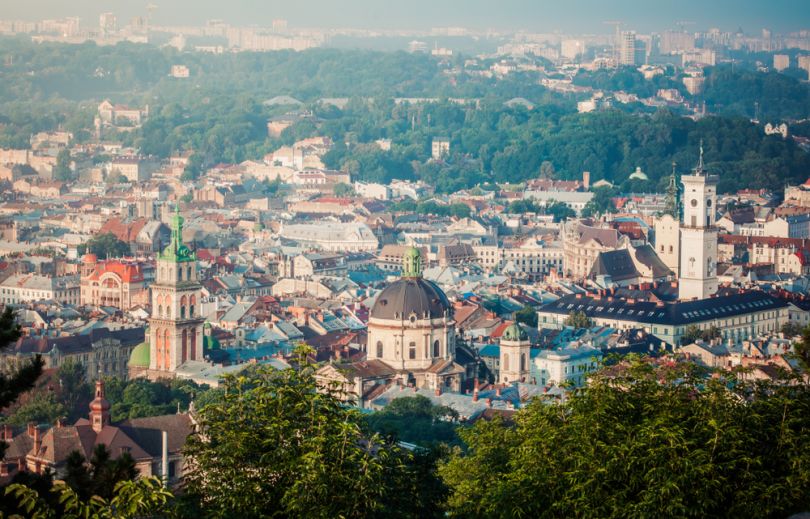 The High Castle, also called Vysokyi zamok or Zamkova hora, is the highest point in Lviv known as one of the must-visit tourist attractions. Firstly, the hill contains ruins of the castle built way back in 1250 to protect the city during the Halych-Volhynia period. Secondly, the hill is a challenge for those who aren’t used to climbing but is incredibly rewarding once you’re on top — the majestic panorama shows off the whole Lviv. It’s best to visit in the early morning or during sunset to get the best pictures and avoid tourist crowds.

Get on the Top of Lviv Town Hall 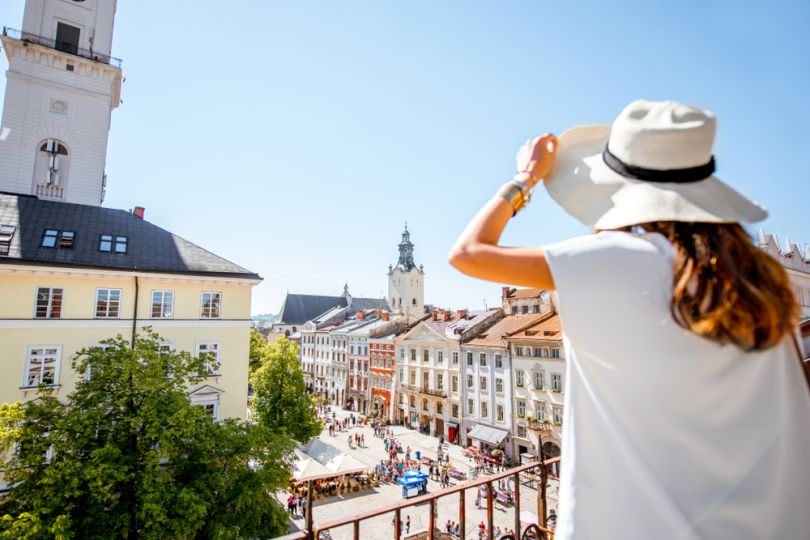 If you are not the one for climbing high hills but still want to capture the city panorama, it may be a good idea to try Lviv Town Hall. Located in the heart of the city, this 1835 building is a part of UNESCO World Heritage. The 65-meter tower, which is currently the highest in Ukraine, offers a view of Eastern part of Lviv, Rynok Square as well as intricate interior such as centuries-old tower bells. The admission is free. 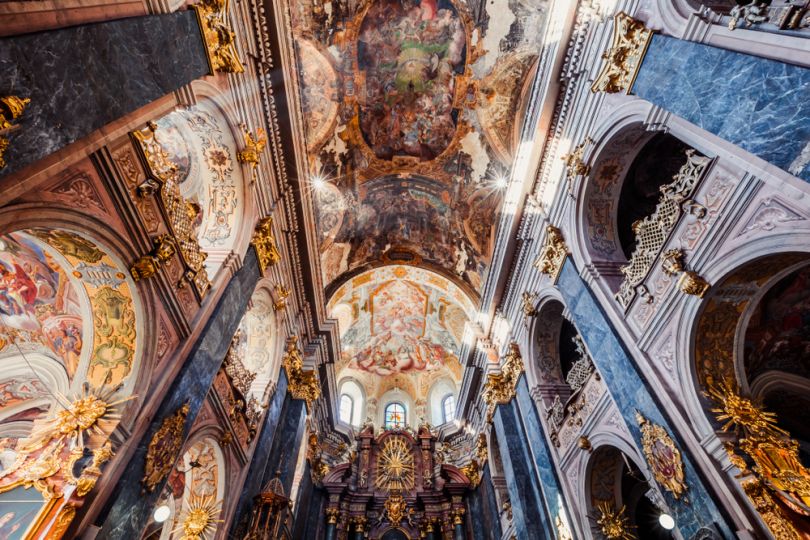 Roaming in downtown simply calls for visiting numerous churches with incredible history and interior. Among the notable landmarks are Baroque Dominican Church with four-tier bell tower, the 14th century Neo-gothic Latin Cathedral, as well as the first Baroque building in Lviv — the Jesuit Church built in 1630. It’s easy to incorporate visiting cathedrals into the trip schedule even without trying, as they are abundant in the historical downtown Lviv. 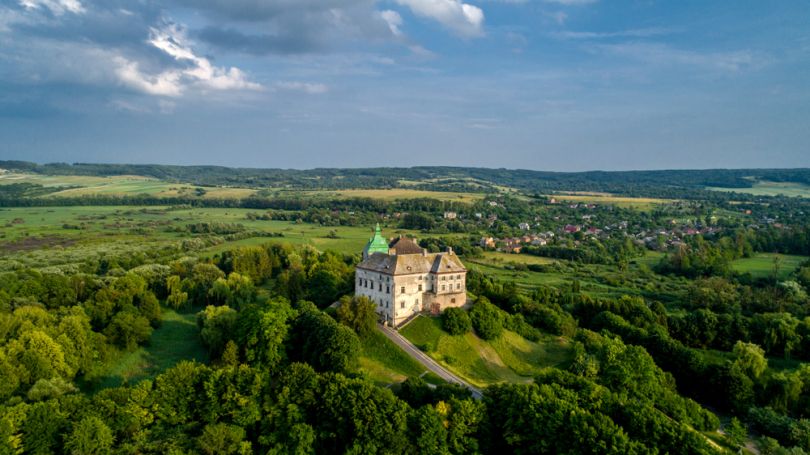 Located on the 50-meter hill above the Olesko town, the castle belongs to so-called “Golden Horseshoe”, made up by three castles in Zolochiv, Pidhirtsi and Olesko. Often unrightfully overlooked, Olesko nevertheless is one of the most beautiful castles not only in Lviv but in Ukraine. Built in the 13th century, it served as an important landmark throughout history as a defense structure and even a birthplace of Polish kings. The castle is still in good condition and the slope it is located on hides an Italian park with wondrous sculptures. 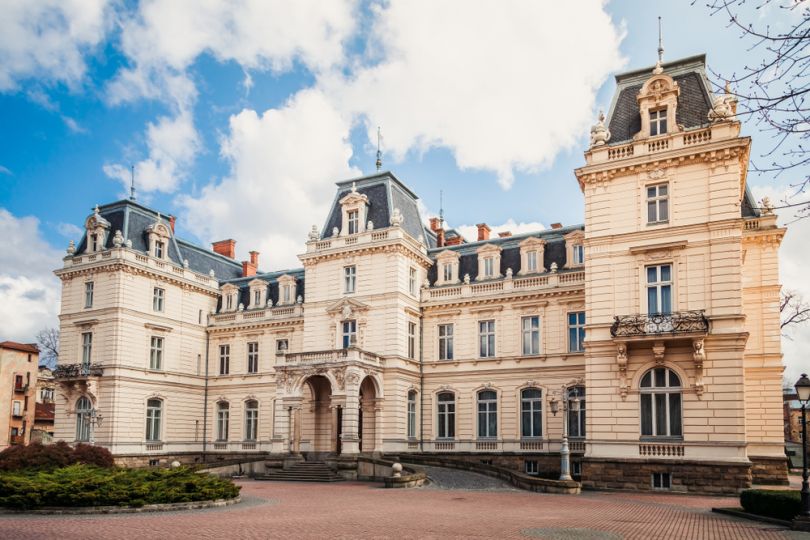 Built in 1880, the grand French classicism-styled Potocki Palace was intended to be the residence of the former minister-president of Austria, Count Alfred Józef Potocki. During the times of the early USSR, the palace was dilapidated and mostly used to hold wedding ceremonies. However, contemporary history brought it back to the public — now rich interiors with colored marble and stucco are opened to visit. Moreover, a small chapel with the oldest icon in Ukraine located in the palace also welcomes all guests. 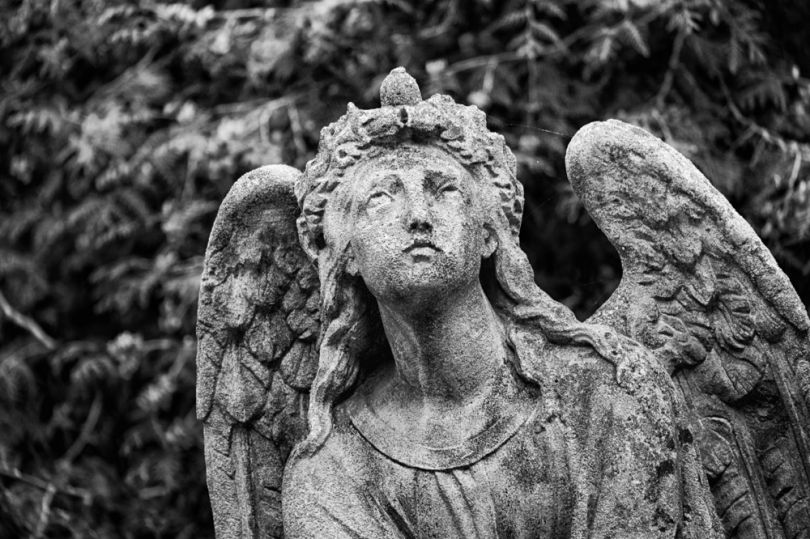 Lychakiv cemetery with intense Gothic aura is often referred to as Père Lachaise of Eastern Europe. Originally laid out in the 18th century, the cemetery nowadays is one of the most visited Lviv landmarks. Here lie many West Ukraine’s famous persons, including the nationalist poet Ivan Franko and the singer and songwriter Volodymyr Ivasyuk. The cemetery is easily accessed from the downtown by tram #7 or #2. 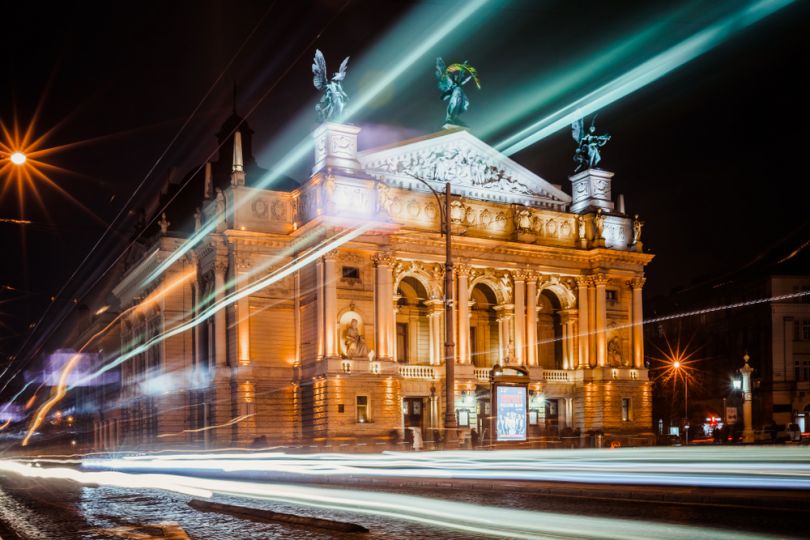 The Lviv Opera, located in a UNESCO World Heritage Site Lviv Old Town, gives a chance to enjoy the beautiful architecture and live music at once. The building was built in the classical style with the elements of the Viennese neo-Renaissance style visitors can observe nowadays, a hundred years since its construction. The repertoire has 22 operas and 3 operettas, all performed in the original language. The Lviv Opera performances have been the often reason to visit Ukraine ever since its opening, and now it’s even more convenient due to the abundance of hotels in Lviv Old City district.

Discover the House of Legends 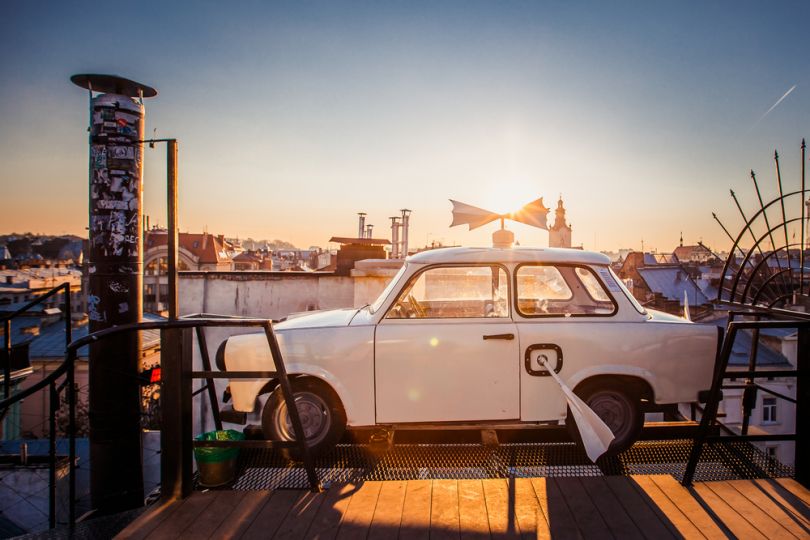 One of the most well-known Lviv restaurants, House of Legends has seven floors, each dedicated to a particular Lviv legend. Visitors can learn about city lions, see the etalon of Lviv pavement stone and other intricate details. The highlight of the place is a summer terrace on the rooftop, where guests can take a photo in the small car parked right on the roof and throw a coin into the hat of bronze chimney-sweeper sculpture. The latter is said to make wishes come true. The restaurant offers delicious meals of Ukrainian and European cuisine.

Take Pictures in the Italian Courtyard 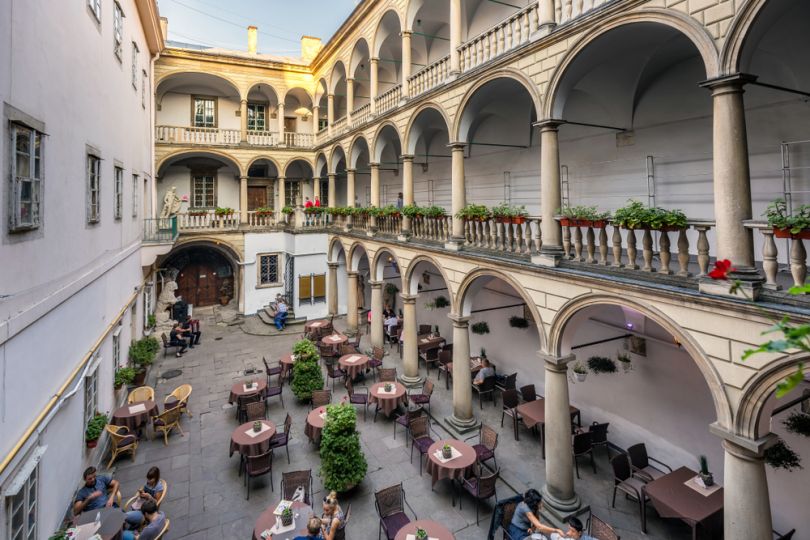 The popular photoshoot spot lies right in the heart of the city on Rynok Square. Italian Courtyard is a part of the 1580 palace, built by Italian architects. For more than a hundred years the palace serves as a home to the Lviv Historical Museum. In summer the cozy courtyard is filled with flowers and hosts an open-air café. The admission is UAH 10 for adults and UAH 5 for kids.

Experiment in the Pharmacy Museum 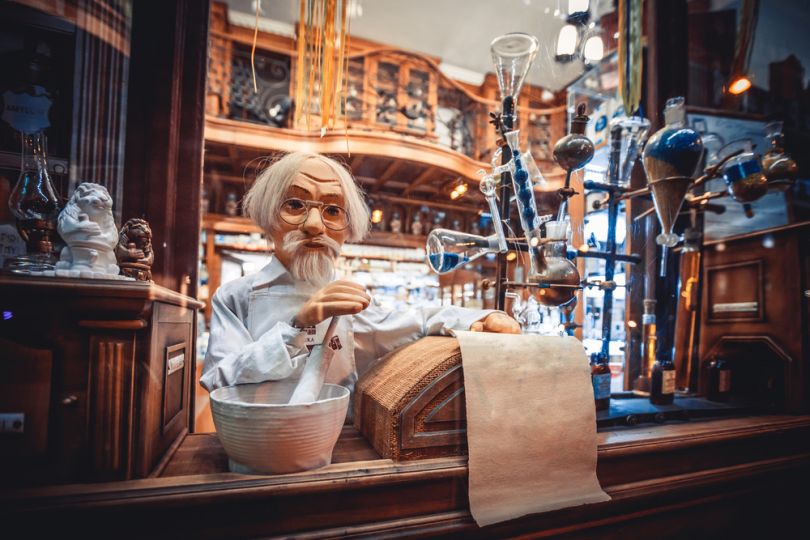 «Under the Black Eagle» is the oldest operating pharmacy in Ukraine. The tiny shop is located on the corner of Drukarska Street and Rynok Square and reminds of the traditional old European pharmacies. Ever since 1735 the drugstore has been operational and the city dwellers can buy medicine here up to this day. The museum offers to examine over 5000 historic items including an ancient weighing device, various pharmaceutical equipment, a large collection of books on pharmacy and alchemy, samples of medicine, including terrain – a rare universal antidote. Make sure to explore the building’s dungeon that used to be an alchemy lab. Here guests can learn how the lab was equipped back in 16th-17th centuries.
We hope you have a great experience in Lviv in 2018!