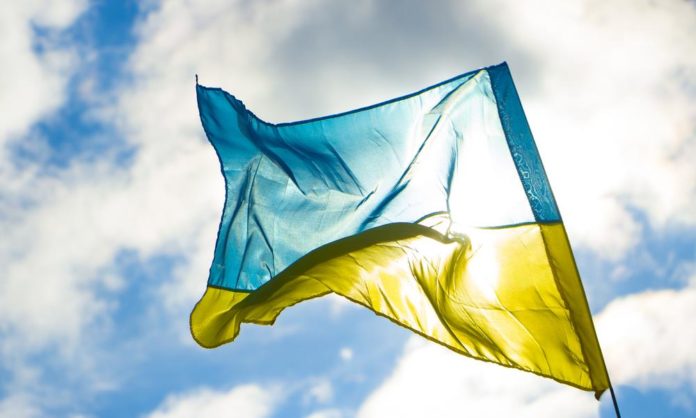 For many years there is a firm conviction among many Ukrainians that the Ukrainian flag should be turned upside to yellow-blue. This statement is preceded by historical facts. According to researchers blue sky and gold fields, which today are our state symbols, bring a lot of misfortune to Ukraine.

In 1991, the Ukrainian national flag was approved by the Constitution of Ukraine as a blue and yellow. But if we look back on a previous century, we will learn that in 1918 the Central Council, headed by the first president of Ukraine, Mykhailo Hrushevsky, had chosen the yellow-blue flag. Under this same flag heroys of Kruty went to battle.

The Ukrainian flag has got its modern look after the coup made by Skoropadsky in 1918, who changed the color of the flag.

Some historians argue that we shouldn’t immediately believe in such “facts”. They note that in 1918, was not consistency in the colors of the Ukrainian flag. Moreover, researchers of heraldry consider that the initiative to turn the state flag is neglecting of national symbols.

However in view of the esoteric, the yellow-blue flag symbolizes two main elements of nature and human existence – fire (yellow) and water (blue). In case where the blue color, which is a symbol of water is above – it extinguishes yellow, which is a symbol of fire. So, such arrangement of colors on the state flag, according to adherents of the “yellow-blue”, doesn’t correspond to “the natural representation of man about the order” and means the domination of material over spiritual.

As the blue color is on the top, we can conclude that it is the main one. However, basing on the laws of heraldry, the state emblem should have been depicted by the blue Trident on a yellow background. In fact, we have a yellow trident on a blue background. Actually this shows that the yellow color has been the main colour for hundreds of years, and therefore its place is on top of Ukrainian flag.

One way or another, discussions about the historical significance of the inverted flag of Ukraine will continue for many years to come. On the one hand, there are many facts that claim to change the location of colors. On the other hand, in the end, the Ukrainian flag isn’t the main problem that nowadays had risen before us.