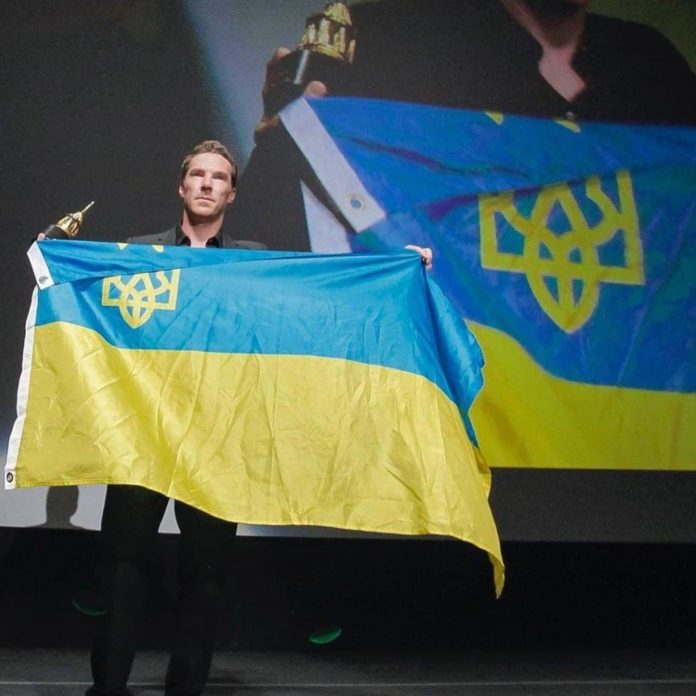 British actor Benedict Cumberbatch appeared on the stage of The Cinema Vanguard Award, which took place on the 9th of March in California, with the Ukrainian flag in his hands and spoke out against the Russian invasion of Ukraine. This was reported by the Daily Mail.
Ukrainian cinema site Cinematico posted a photo of the actor with a flag in his hands on Facebook.