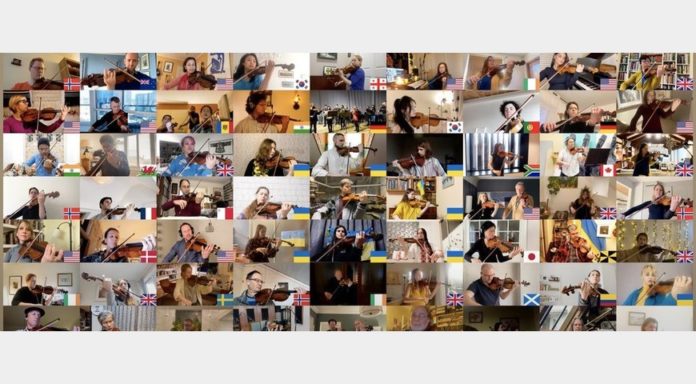 ‘I befriended some young violinists in Ukraine via Instagram and found out that some of them are in basement shelters with their violins. So I asked my colleagues around the world to accompany them. And I was sent videos from 94 violinists from 29 countries. In 48 hours! Amazing cooperation in creating an international choir of violinists in support of Ukraine. Ukrainian violinist Ilya Bondarenko had to shoot a video between the explosions because he could not hear his playing’, violinist Kerenza Peacock said.